The Next Step to 阪大

So, I'm gonna save the language school post for later and the Osaka University post for today.
Some of you might think that "it's wrong, supposed to be 大阪". No no no those 2 are completely different things (well not so different but the meaning is). 大阪 reads Osaka, the bustling city situated in the heart of the 関西 (Kansai) or western Japan. On the other hand, 阪大 reads Handai or short for 大阪大学 (Osaka Daigaku) or Osaka University in English. The shortened version reads differently as different from Chinese, a character has several different 読み方 (yomikata) or readings.
さてー, let's get to the important part!
I applied in December through post, using my pretty fine CIE A levels, and was called for an interview on the 1st of March, 2016.

It was a dark, chilly morning, departing at around 5 am in the morning, it was flurrying and I had to get to 四条大宮駅 (shijo omiya station) ASAP as I didn't want to be late and make a bad impression on my first appearance. The trip took about one hour by train and walking, however, I missed a station and couldn't afford to get back one station to change train operator to the Osaka Monorail, I ended up walking around 20 minutes from 蛍池駅 (hotarugaike station) in the freezing weather. 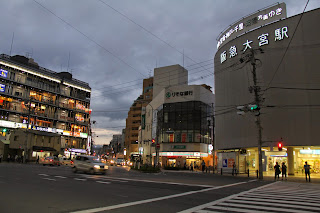 So here I was, my first time in this place, Osaka University.

I walked around 5-10 minutes from the entrance to the building where the interview is going to take place, the Interdisciplinary Research Building of Osaka University. Arriving there too early, I believe it was around 6.30 am that time, the door was closed shut, nobody was around, I had nowhere to go and so I sat on a bench near a nearby pond, still freezing, LOL.

The Interdisciplinary Research Building
After around 30 minutes of waiting outside in the subzero temperature, finally the gate was open and I could the enter the building. After about half an hour waiting, another applicant came with her father and he said that they just came from Taiwan and the kid seemed absorbed to her study, on the other hand, I was busy shivering and didn't get the chance to review anything before the questionnaire and the interview.

Then comes the questionnaire session, frankly, I think I aced the biology and chemistry paper, finishing the total 40 questions in less than 30 minutes, nevertheless I struggled on the physics and math section and couldn't answer more than 2 out of the 5 questions on the maths section.

About and hour and a half after the test, I was called in for the interview session. Applicants were faced with 5 members of the faculty, no time to get nervous as I was still actually shivering through the interview. Learning from my past mistakes (Oxford University interview), I had prepared for some of the general questions such as: "Why did you choose Osaka University?" or "Why did you choose this subject and this program", "what if you are not accepted" and so on, thus I had no problem with those. Despite having no difficulty with that part, the next one baffled me the most, discussing about subject related topics and the questionnaire a while ago. Bombarded with questions concerning biology, chemistry, and physics, not much problem except some small misses as the memories have faded after more than half a year of not studying science related subjects. The worst problem came when one of the professors gave me a math question which I couldn't even solve until the end of the interview when the solution was finally given. At that point of time I thought I was doomed and my chances of passing the screening was super slim.

And hence the feeling of relief followed the end of the screening. お疲れさま！I headed directly, taking the monorail back to Kyoto as it was more convenient (albeit more expensive) and get some rest for the whole process was really tiring (well actually it was because I arrived too soon, but better being too early than late don't u think?). 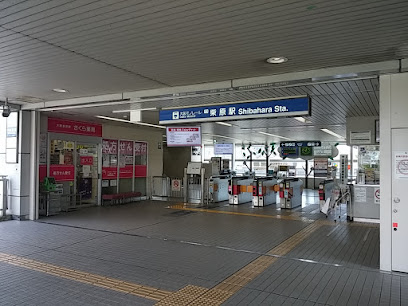 I'm just gonna leave it here for now, gonna tell more about the procedures tomorrow, til then!

After a year long review, my first paper finally got published: Link. The paper went through 3 rounds of revision, where I believe that the 3rd round was not...

Hi there, I haven’t updated this blog for so long! I have been busy with research and the whole pandemic did not help with the current situation. But, to rec...

At the end of the first year, we have an optional (used to be compulsory) trip to Shirahama. If you don’t know what Shirahama is, it is basically a beach in ...

Hello there, different from 1st semester, we have labs on our 2nd semester. A rather good thing knowing that we almost never had any lab experience during th...

I haven’t updated this blog in a while lol… A lot of stuff happened in the 2nd semester honestly. Firstly I joined circles. For those of you who don’t know...

First Semester in the CBCMP

Haven't posted in a while, first sem was really hectic... Let me sum up my first sem in the CBCMP then.. First time I came for the orientation I wasn’t real...

Usually it takes about some 7-8 hours to get from Indonesia to Japan. However, MEXT somehow managed to book a ticket with a layover at Denpasar (Bali) and so...

About Month After Announcement Of

About a month after the announcement of passing into the university, I was asked to choose among 4 departments: Department of Biological sciences (School of ...

The Next Step to 阪大

Out of the countries that I could have chosen to go to, why Japan?The answer is simple: the people.So what’s with the people? How are they different?Well let...

How I managed to get into Japan

So I went to this University fair about 2 years ago and got some info regarding this Osaka University Global 30 program, however I didn’t really look further...

Why this blog and who am I

Maybe a little too late to make a blog, but maybe not too late to share stories.<div></div><div>So let me introduce myself, my name is Joha...